Apple Arcade, the subscription-based video gaming service that was originally announced back in March, is available to some users running beta versions of iOS 13 and iOS 13.1. The new development notably comes days ahead of the formal Apple Arcade launch date that was set for September 19 — alongside the release of iOS 13. The service is available to beta testers with a free one-month trial and includes over 50 games to play, including the anticipated Frogger in Toy Town that Apple showcased at the iPhone 11 launch earlier this month.

To experience Apple Arcade on your iPhone ahead of its formal debut scheduled for September 19, you need to participate in the Apple Beta Software Program. You will be required to provide your Apple ID and install the public beta version of iOS 13 or iOS 13.1 to begin with the new experience.

If you’re already one of the iOS 13 or iOS 13.1 beta testers, you can sign up for Apple Arcade by going to the App Store and then hitting the Arcade tab. 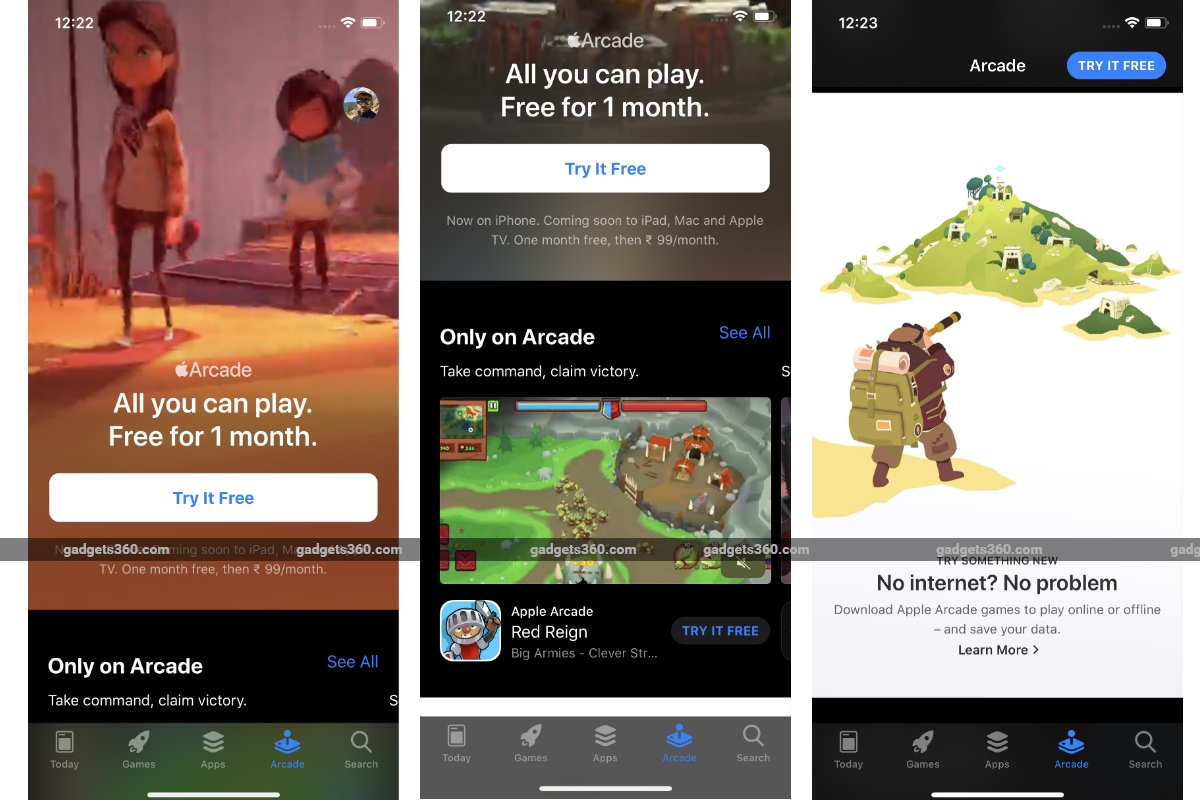 Apple Arcade is here, but for some iOS users

Originally announced earlier this year, Apple Arcade is set to reach over 150 countries worldwide on September 19 alongside the debut of iOS 13. Apple earlier this month revealed that more than 100 exclusive game titles are planned for the Arcade service, though there are around 54 titles available for the iOS 13 and iOS 13.1 beta testers at the initial stage, as noted by MacRumors.

Apple has tied up with developers and publishers such as Capcom, Lego, Sega, Konami, Annapurna Interactive, Versus Evil, Revolution Software, Mistwalker, Klei Entertainment, Sumo Digital, and Illusion Labs among various others. These developers and publishers are set to offer ad-free games through Apple Arcade with no in-app purchases at a single monthly subscription cost of Rs. 99 in India ($4.99 in the US). The service is also compatible with ‘Family Sharing’ at no extra charge, which means a total of six individuals can access all the available games across all supported devices.

Games that are available under the new service feature an “Apple Arcade” tag just above their official names on the App Store. Furthermore, users can also sign up for Apple Arcade simply by tapping the Try It Free button.

The formal launch of Apple Arcade will bring the service not just to iPhone users but also to the ones using iPad, iPod touch, Mac, or Apple TV devices. It is ultimately aimed to help the Cupertino giant grow its services-driven revenues.

Similar to Apple Arcade, Google is also in plans to bring subscription-based Google Play Pass service. The company, without revealing much, confirmed the launch of its new offering earlier this month. Google Play Pass is expected to offer access to select premium apps alongside several paid games available on Google Play.